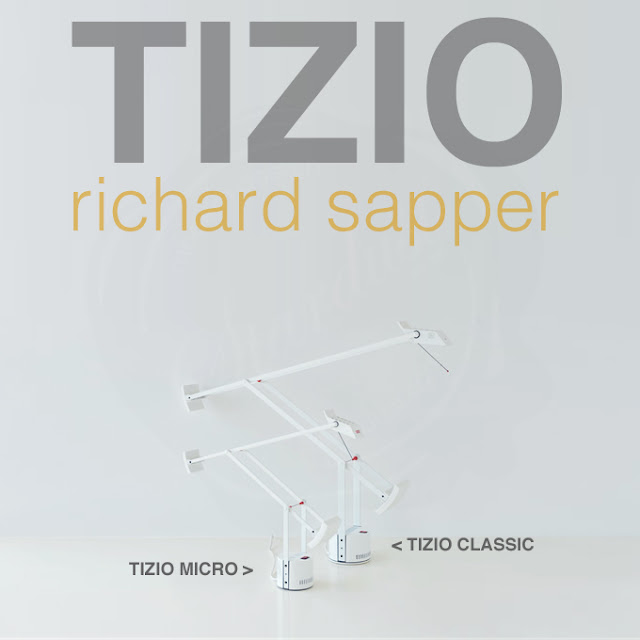 Richard Sapper, born 1932 in Munich, is a German industrial designer based in Milan, Italy. He is considered one of the most important designers of his generation, his products typically featuring a combination of technical innovation, simplicity of form and an element of wit and surprise. After beginning as a designer in the styling department at Mercedes-Benz, Sapper relocated to Milan in 1958 where he initially joined the offices of architect Gio Ponti and subsequently the design department of La Rinascente. Upon starting his own independent studio in 1959, Sapper designed the Static table clock for Lorenz, which won him the first Compasso d'Oro prize and is still in production today. In 1972 Sapper designed the iconic Tizio lamp for Artemide, one of the first desk lamps using halogen bulbs with low-voltage current conducting arms to eliminate the need for wires. The Tizio remains one of the best selling lamps ever produced. 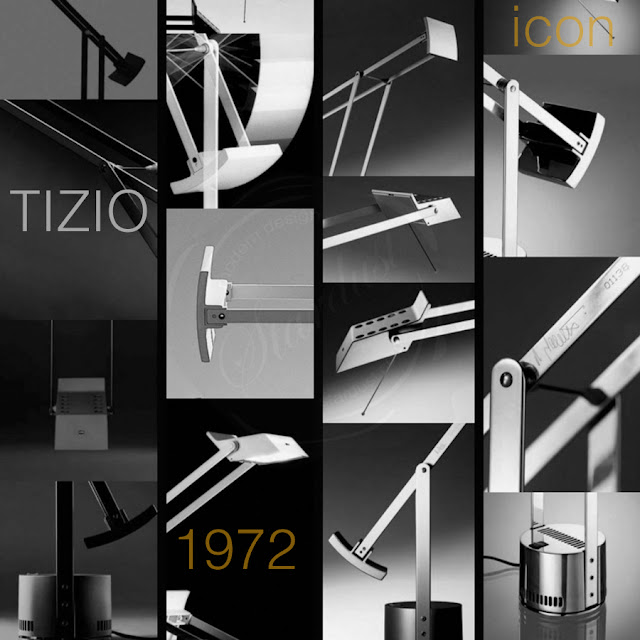 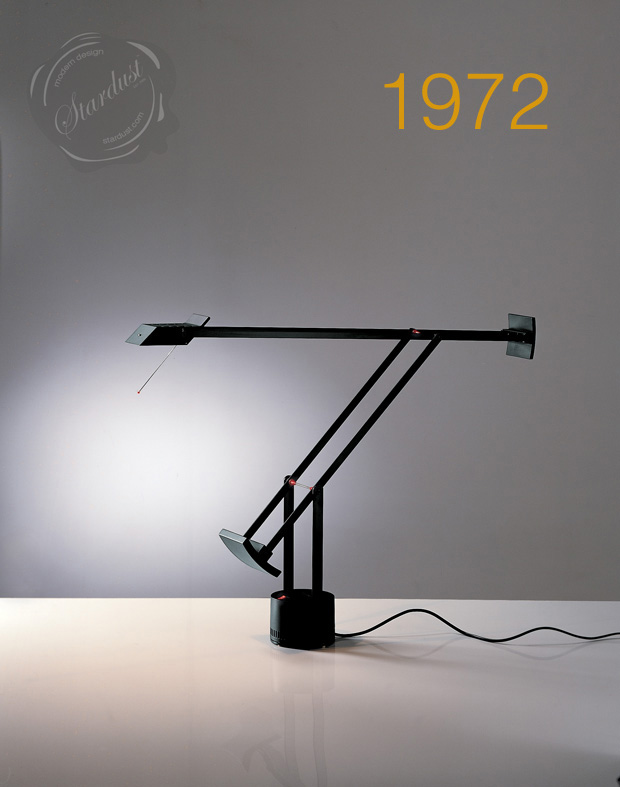 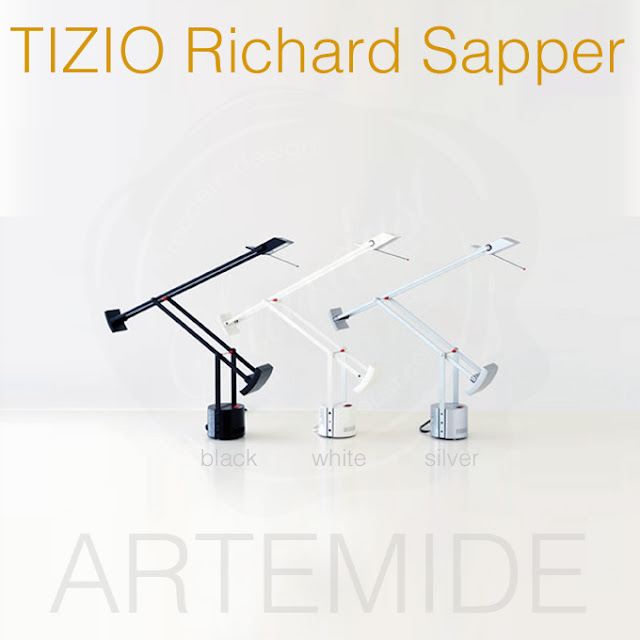 Tizio is a desk lamp created by Richard Sapper for Artemide in 1972. It has been selected for the Compasso d'Oro industrial design award in 1979. An item of it is part of the collections of the Metropolitan Museum of Art and of the Museum of Modern Art. 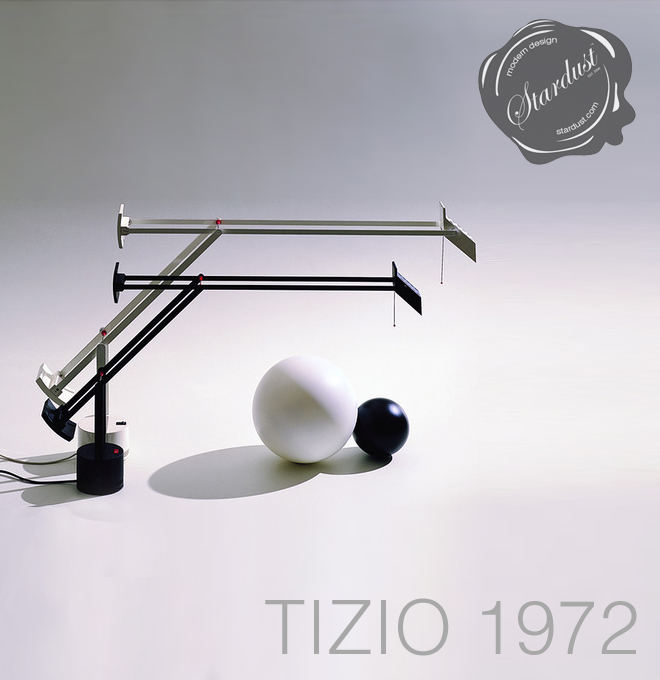 The position and the direction of the bulb can be adjusted; thanks to two counterweights, moving it requires little effort. Two other features of this lamp are the lack of wires (the two parallel arms are used to conduct electricity to the bulb - connected with snap fasteners that are riveted to the arms), and the halogen bulb, which was previously mainly used in the automotive industry.


Form literally meets function with the Tizio Desk Lamp. Designed by Richard Sapper in 1972, the Tizio is built with two counterweights, which allow the user to direct the light where it's needed. The lamp adjusts with a pull or push of the hand and stays in place without having to tighten a knob or adjust a fastener. Its arms conduct electricity to the bulb furthering the clean, simple look of Tizio by eliminating the need for extraneous wires. Sapper's use of a halogen bulb represents a breakthrough in lighting design; until that point, halogens were rarely used outside of the automotive industry. A small reflector works with the halogen bulb to provide Tizio's highly concentrated light. The Compasso d'Oro award winner in 1979, the Tizio is included in MoMA's permanent collection. 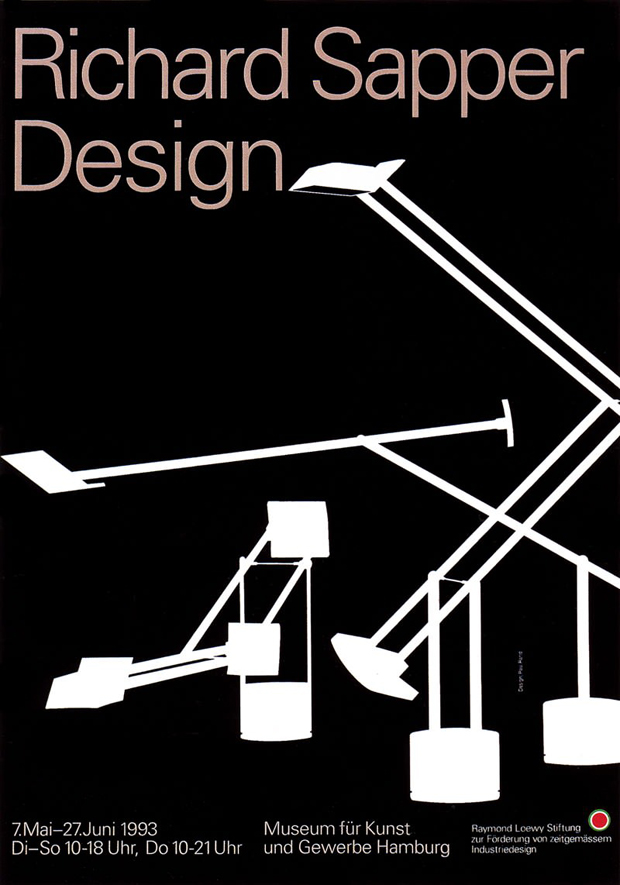 The Tizio is available in a variety of sizes and colours; the original, and most widely known, is the 50 (referring to the wattage of the bulb) in black. The mid-sized model is the 35, and there's the bedside-sized Micro (20 Watts). Other colors are white, and grey metallic; and, the occasional limited edition in polished aluminium, or titanium-colour. There also is a floorstanding version, the Terra, which consist of a 70 cm. high pedestal with the same 11 cm. diameter as the lamp's base, with the 50 added on top. The Terra-stand is also available in a 10 cm. diameter, matching the 35 model. Recently, an energy-saving LED-powered version of the full-sized model has been added; as has a version of the regular 50 with a horizontally rotatable head, the Plus. The LED-version is equipped with a dimmer; all other versions have a three-position switch; allowing for off, full, and - approximately - half power.