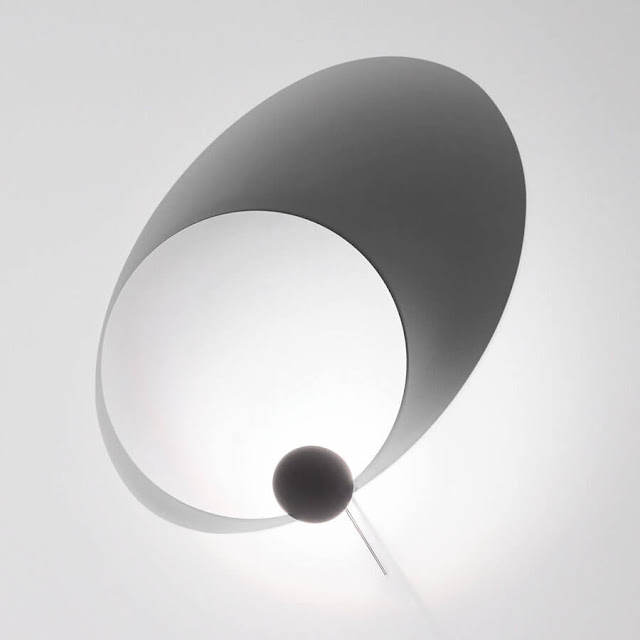 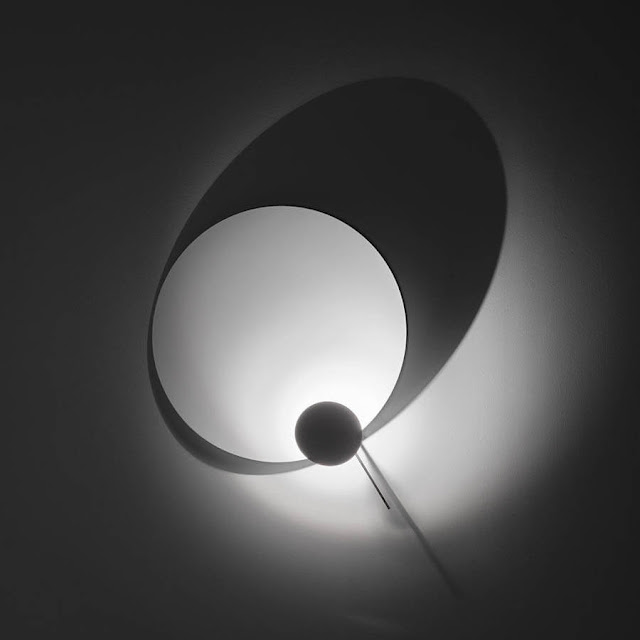 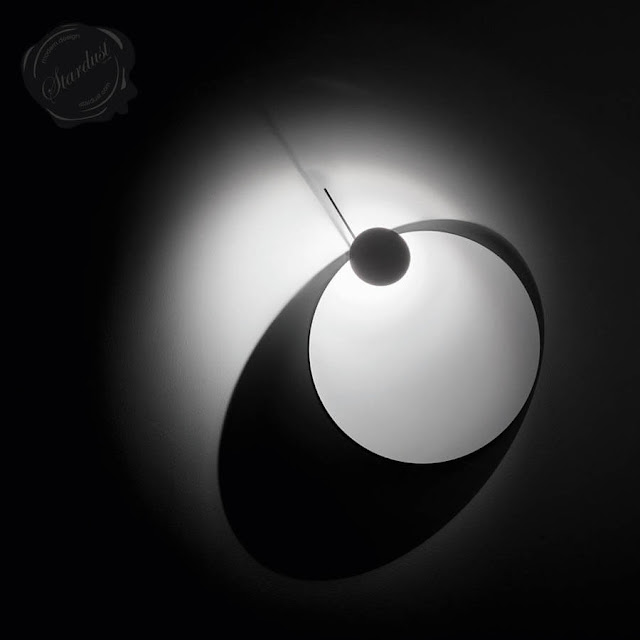 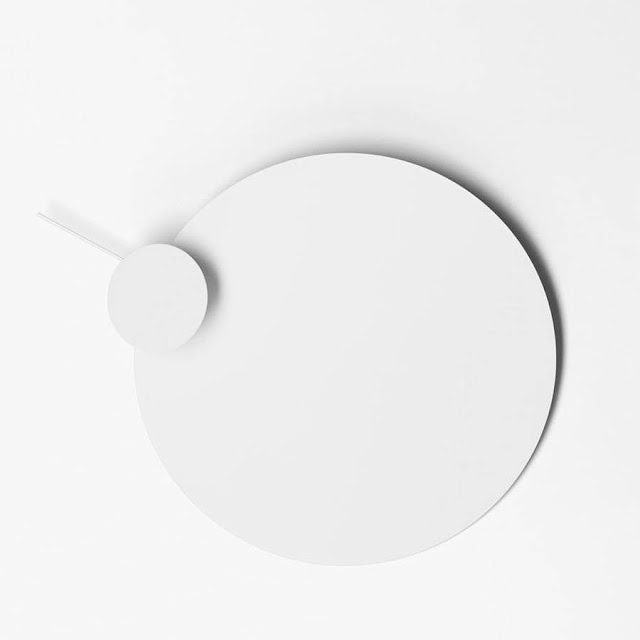 
NEW, 2017 "ECLIPSE-ELLIPSE", Wall Lamp, Ingo Maurer from Stardust. 23.62-inch diameter (60cm), LED 12 W, 1130 lm, 2700 K, CRI 97, EEC A++. D 12 W, 1130 lm, 2700 K, CRI 97, EEC A++. With built-in LED and transformer for the US. The light source is not exchangeable by the user, but by an electrician. Dimmable. . Steel, aluminum. Eclipse Ellipse wall light is a play of light and shadow. The lighting object is made for wall use. When switching on the piece, a composition of an ellipse and circles appears on the wall. The user is the co-creator. Both the inclination of the large disc as well as the position of the small disc can be adjusted. As in many of his previous creations, Ingo Maurer leaves a lot of room for the users’ personal imagination and the relation of all objects and furniture in the space. Eclipse Ellipse also emits pleasant, indirect light. A perfect solution for those who wish to combine artistic expression and functional light on one of their walls.